There is a low grade survivor’s guilt that limits the ability to process it.

I’m here. There’s still some money coming in. No one I know directly has the virus. Be thankful. What does it matter that two months ago I cancelled my show? And then the thought that I can’t stop comes in.

It was never going to happen anyways.

On a metaphysical level that’s true, I guess, if the virus was bound by fate divine to happen when it did. But… No! I was putting on a show. We had fully rehearsed and done a preview, a month earlier, in my home town. We had loaded into the theatre. We were on the eve of our opening. Ay, there’s the rub. That precipice where you imagine the worst outcome possible along side the best, otherwise known as pre-show nerves. My worry about low box-office or poor reviews is more than moot, it is transformed.

It was never going to happen anyways.

If only a fire had happened. I’ve cancelled a performance once, at The Big Bop on Queen Street West, because the whole city block had become immersed in an epic blaze. National news that fire, and someone still bothered to write a complaint when we cancelled. The very fact that I have that comparison, now a nostalgic memory, easier by comparison. Remember the fire? Good Times.

It feels petty trying to process this new loss. Although “new” is the wrong word when time has dilated and two months ago is somehow… last year? It feels strange that we struggled over the wording of our public notice. I didn’t go to a catering gig last month and they never officially cancelled it. It was just cancelled. Our notice was optimistic about what we would do when this was over. I got advice from other theatre professionals about the wording, about our plans, remounting the show. All very reassuring at the time. The news was still pouring in.

There has never been a recession lead by the service and entertainment sector in the history of the modern world. What shovel-ready projects wait for us?

People very quickly said: Online! Online! But I couldn’t imagine my apartment doing the show justice at the time, besides, it was never going to happen anyways.

But your show is ready, they said.

I was already at the end of my energies and my ego was expecting its reward, the shot of adrenaline to keep it going. It was a pregnancy that tuned out to be a hallucination in the ninth month. Back to work! And your brain it tries to protect you. No thinking back. You forced your hallucination on others, it says. It was never going to happen. And the thought of all that extra work, the double-shifts of bill-paying-jobs and rehearsals on the same day, all becomes a schizophrenic sort of waste.

And this is a pandemic. And your body, the evolutionary parts of your mind that you don’t have much control over, it wants you to avoid wasting unnecessary energy.

I’ve allowed myself to rest. With rest my appetites return. My desire to write and create are renewed, but they are in their infancy and this is winter. As I take care, I wonder if I will see my own city’s lake shore this summer.  I’m jealous of the people who live in less crowded cities where that’s not a question one might have to explain.

Oddly, I think about Christmas. We’ll know so much more by then. They say that the vaccine could be ready as soon as next February, if we’re lucky. If that happens, maybe next year we will all gather for Christmas in March, all safely inoculated, finally able to hug parents and grandparents, and even though it will have been one year since we all had to cancel our shows, we will no longer be focused on the year that could have been. Soon, our bodies tell us, it will be summer again. 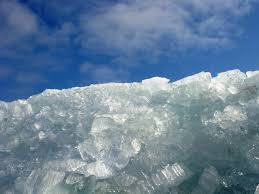